I don’t even know what’s happened the past couple of days. We’re high on mountain air and delicious food.

Apparently, riding a motorcycle for ten days in the heat fries the circuits in the brain, and then you end up looking at condos and putting in an offer.

This is a shot of the living area. Scott wanted to stretch out across the couch to make the scene look more homey, but I talked him out of it. I told him the picture of him laid out on the massage table was enough for a twenty-one day trip.

So…that’s what we did today. Just a normal day in Whitefish, Montana, which we’ve never been to before, but fell in love with immediately. I think it’s easier to justify this because we travel so much and have seen a lot of incredible places in this country.

And this is one of our favorites. That says something. Now everyone needs to come to Whitefish. We have a place for you that sleeps up to 8!

And the balcony has a fire pit and TV.

And it has a pretty awesome view too! 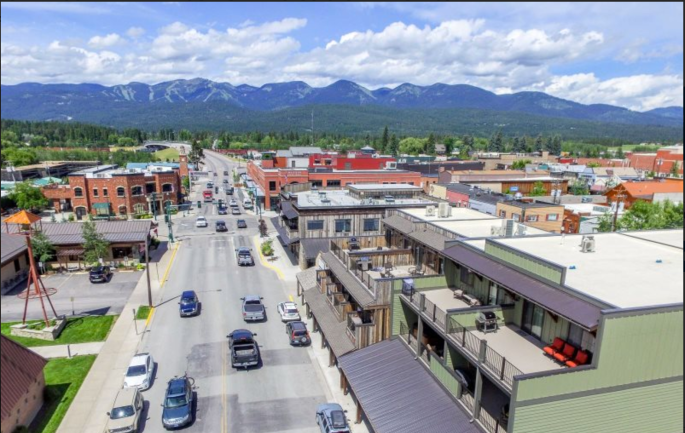 Condo-buying takes a while, so we didn’t actually leave Whitefish until five o’clock this afternoon. But because Scott learned his lesson a few days ago when we left town and then discovered there weren’t restaurants for a couple of hundred miles, I suggested we eat something before heading out. He readily agreed.

Our realtor suggested a place called Loula’s. It’s in the basement of a corner building in downtown Whitefish. And it was awesome. If y’all know me, you know pie is my favorite dessert. I adore pie. And Loula’s is famous for their pies.

You can buy them by the slice or the whole pie. I was tempted to get the whole pie and just eat it on the back of the motorcycle, but Judgey McJudgerson would’ve written about it in tomorrow night’s blog post. 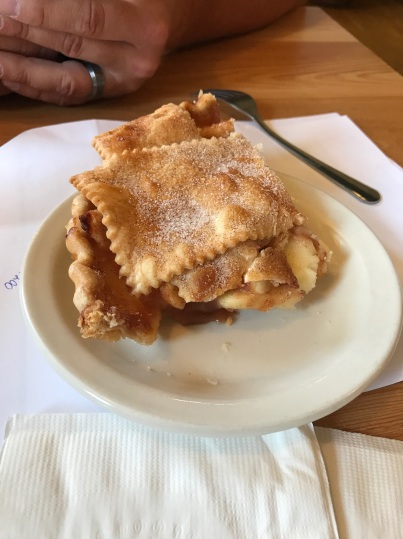 After we had pie and signed a billion papers, we finally left Whitefish. We were sad to go, but we’re supposed to be back home in another ten days so we can catch a flight.

I know, we’re crazy. But we have to get back to work, though I’m not going to think about that right now.

Our realtor also suggested we head to Helena instead of Butte, which was our original plan. He’s a motorcycle guy too, and said the drive was gorgeous. He wasn’t lying.

But first, we had to stop at Glacier Harley-Davidson. It was on the way, and Scott was able to add to his shirt collection, even though he doesn’t shop.

The ride truly was spectacular on the way to Helena. And we couldn’t have asked for better weather.

This was the view on one side of the highway. 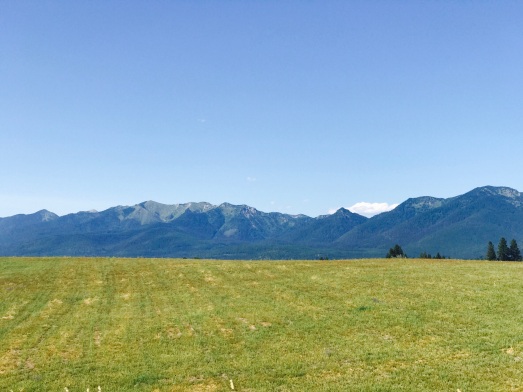 And this was the view of the other side. 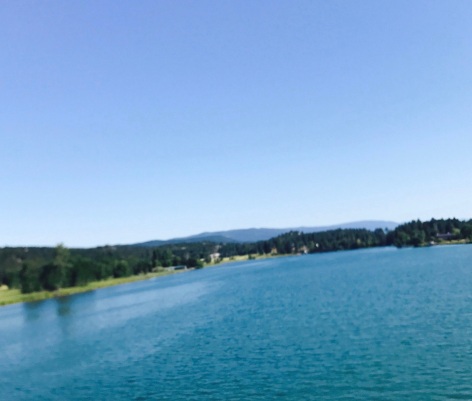 It was like that the whole way, which is why y’all need to come visit Montana. It took right at four hours to reach Helena, and we checked into the hotel.

This is the part where Scott wants to write a guest paragraph in this post, because he’s got some drama, but I told him it’d be better if I just laid out the cold hard facts.

When we checked into the hotel, there was a tray of iced tea cookies sitting on the counter for hotel guests. The guy checking us in, we’ll call him Ryan (actually, that’s his real name, we don’t keep secrets here) told us he was very tired and the end of the day had caught up with him.

Scott couldn’t pick out Ryan in a lineup, but he could pick out one of those tea cookies.

After we checked in and unloaded the bike, Scott went to go park it, thinking he’d just get a cookie once he came back inside. Unfortunately, within the span of five minutes, the tray of tea cookies disappeared.

And no one was behind the counter. Scott scouted around for stray crumbs, but someone had cleaned that counter like it was the week after a crime scene and the apartment needed to be rented.

We checked into our room, where we discovered our room is connected to the hotel pool. Literally. We just walk out our door and if we’re not careful we’ll fall into the water.

That excited Scott to no end until he saw the pool closed at ten and people weren’t going to be belly flopping outside our French doors.

We changed clothes for dinner, and then we walked back by the counter. The culprits had reappeared. You know Scott, he’s all about confrontation. Actually, he hates confrontation. Unless it has to do with missing cookies. 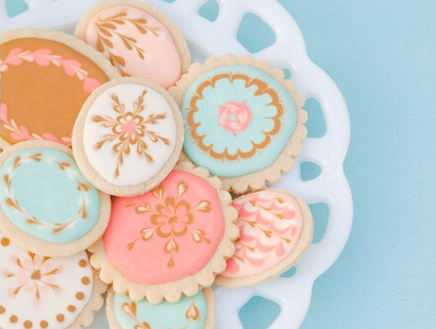 Ryan was talking on the phone, but his eyes were shifty and he was sweating. Scott zeroed in on the woman and asked point blank where the cookies were.

She cracked under the pressure and threw Ryan under the bus, confessing that he ate the rest of them. I guess the stress of the end of the day got to him. But that didn’t leave Scott with any cookies.

I got to hear about Ryan and his cookie eating as we walked down the block to the restaurant on the corner, and Scott mentioned something about Ryan eating six cookies and the kind of person who does such a thing.

He also told the hostess all about Ryan. I think she was traumatized because we had to wait for a table.

This was me waiting. The chair was giant, and I felt like Lily Tomlin.

By the time we got back to the hotel room it was after ten-thirty and still light outside. Our times are totally thrown off. Tombstone was on the TV when we got in.

Scott’s never seen it. I know. It’s a crime. And he seemed a little scared when I told him, “I’m coming after you. And I’m bringing hell with me.” After an uncomfortable pause, I explained that was a line from the movie.

We’re heading to Red Lodge, Montana tomorrow, where we’ll do all the necessary preparations for riding Beartooth Pass. There aren’t really any preparations other than visiting another HD store and looking for a Cracker Barrel. 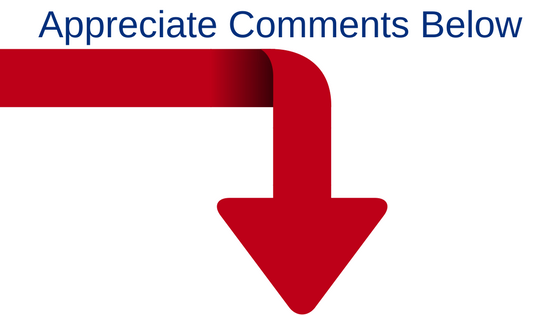 This site uses Akismet to reduce spam. Learn how your comment data is processed.

Guess who’s going to the Sweetheart Dance!!! Max asked his #friend to the #dance while at #school in front of a gymnasium of kids. How many #teenage boys would dare do that. And she said... #schooldance #downsyndrome #family #jesus #faith
Our 10 year old has caught the @onepeloton fever!! Both of our youngest boys are cycling daily and enjoying the competition. @lilianahart may never get her #pink cycling #shoes back. #family #faith #fitness
Reflections @55: ~I lived most of my life waiting for the other shoe to drop despite how happy I might've been. It took years to escape that mind set, but it didn't happen by accident. ~A #pastor said we had to change our "stinking thinking," and I laughed because it sounded funny. The truth is, it wasn't funny, it was me. I expected the worse, so I operated in an environment of #sabotaging even the best of moments with an unrealistic expectation of doom. ~I allowed negative influences to create a #darkness in my life, but once exposed to #truth and light, they were shown to be false. ~Are there “shoes” waiting to drop? Sure, but only if you place them there. Is there a better way? Sure, don’t allow external influences to take station in your life. If you enjoy #socialmedia for example, take the time to cultivate your page likes, friends list and eliminate anything that introduces half-truths or outright lies into your life. ~Terminate toxic influences, relationships and make sure you’re not the toxic one, and you'll immediately benefit from the reality that there are no other shoes waiting to shatter your peace. The only thing above worth focusing on is God almighty! "Set your minds on things above, not on earthly things."; ~ Colossians 3:2 #police #protectyourfamily #faith #toxic
Learning to protect the flame while simultaneously fanning it is a trick we're working to master. Over a year ago, our now 16 year old shared that she was called into worship #ministry and missions. @leahsilverii & I immediately called our missions-minded cousins Sean & Ashley Silverii who offered to host her over last #summer to allow her to get first-hand experience in her calling. That lit a flame that still burns bright. Next, as a #vocalist, she enrolled in @gatewaypeople #worship academy and this weekend she begins her service as a youth worship team member at the #Southlake campus. Tonight, although we were relegated to watching her via social media broadcast at our home church's @coth_us youth worship ministry team - @ezekielproject , we all huddled around the cell phone to watch her flame burn bright. This young woman is going to share #Christ with others in the most remote locations on the globe, and #sing to millions over the course of her. These words clearly given to Leah and me about two years ago. So what else is there to do? Learn to protect the flame while simultaneously fanning it!!!